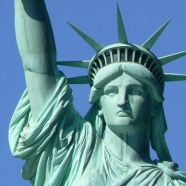 Posted by Will Nicholes on January 27, 2017 in Politics, Uncategorized | Leave a comment

“Uncle Bob says you’re not speaking to him anymore.”

“The ‘Blow Up Your House With Dynamite’ bill.”

“It directs the police to blow up my house with dynamite.”

“The senator who wrote it is not right in the head.”

“Surely they’ll replace it with something.”

“There’s nothing in Senate Bill 65537 about replacing it.”

“So why does Uncle Bob support it?”

“He says he wants to ‘shake things up.’”

“So did you offer to ‘agree to disagree’ with him on that issue?”

“Of course not. He wants to blow up my house.”

“What? You know I have a dog! You’ve petted my dog. You told him he was ‘a very good boy.’ How could you support a bill that would poison him?”

“Oh, it’s nothing personal against your dog. I like your dog. I just happen to think it’s a good bill.”

“Then I don’t think you and I can be friends anymore.”

“Geez! So crazy that people will throw away a perfectly good friendship over something as silly as politics.”